skip to main | skip to sidebar

8 - The Story of Ferdinand by Leaf/Lawson 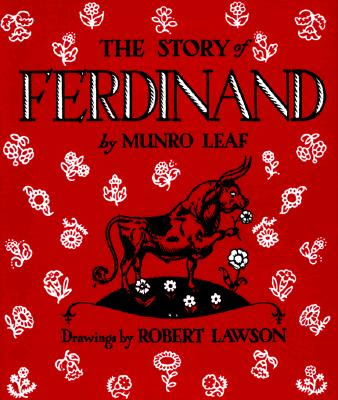 As a person who is against physical and verbal violence in solving disputes, these ASL clips are posted here to thank to all "bulls" - soldiers all over the world who died fighting for peace.  This story has powerful pacifist messages.  Submit and live.  Stop and smell the flowers.  Make love, not war.  The creators wrote/drew this story during the Spanish Civil War and just before World War 2.
Let me paste the current Wiki entry on this book.  . . . "The Story of Ferdinand (1936) is the best-known work written by American author Munro Leaf and illustrated by Robert Lawson . The children's book tells the story of a bull who would rather smell flowers than fight in bullfights. He sits in the middle of the bull ring failing to take heed of any of the provocations of the matador and others to fight. The book was released at the outbreak of the Spanish Civil War, and so was seen by many supporters of Francisco Franco as a pacifist book. It became a target of the right wing, being banned in many countries, and—perhaps because of that suppression—was promoted by many on the left. It was one of the few non-Communist books promoted in Soviet-occupied Poland.  Leaf is said to have written the story on a whim in an afternoon in 1935, largely to provide his friend, illustrator Robert Lawson (then relatively unknown) a forum in which to showcase his talents.  The story was also cited by many former critics of U.S. intervention in World War II after Pearl Harbor to explain their change of heart."
Ever since I first read it, I attack adversities in my life in the way Ferdinand behaved.  Physical and verbal violence and hatred have no place in my/our lives, period.
Enjoy this story of Ferdinand, the bull who refused to fight.

I could go on and on, elaborating on this book. What Ferdinand can teach the deaf people community?  The queers loved the book - take a look at the very last illustration of the book.  Walt Disney made a cartoon out of it, check on this. 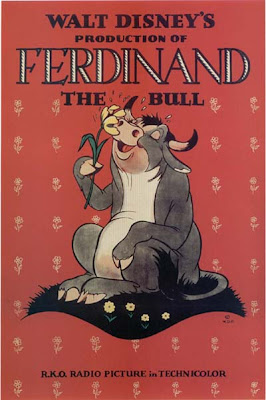 Pause and smell the flowers.
Make love, not war.
Submit and yield, there lies your treasure.
Participate joyfully in the sorrows of life.
Go in love and peace.
Let it go.
Posted by cnkatz at 6:08 AM

Every translation is offered in gratis due to respecting copyright protection of all books listed here. Publishers of the books translated here are invited to contact the artist at cnkatz@gmail.com if interested in creating multi-modals/languages commercial products of your book(s). Thank you.